Start a Wiki
In June 2011, Warner Brothers Japan and Studio Swan announced that a live-action film adaptation of Nobuhiro Watsuki's Rurouni Kenshin manga series had been green-lit and had begun pre-production. The film stars Takeru Satō as Himura Kenshin and Emi Takei as Kamiya Kaoru. Keishi Ōtomo directed the live-action film and premiered in Japanese theaters on August 25th, 2012. The film did exceptionally well in box office grosses, earning over 300 million yen (over 5 million USD) on its opening weekend, beating out summer blockbusters including the Avengers. On September 1st, 2012, director Keishi Otomo and Takeru Satō announced that Rurouni Kenshin has been licensed for internation distribution in over 60 countries, and 17 more are still currently in negotiation.

Differences between the manga and the film Edit 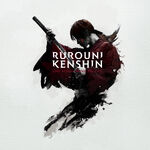 Making Of - Behind the Scenes of Kenshin Live ActionEdit

Retrieved from "https://kenshin.fandom.com/wiki/Rurouni_Kenshin_(Live-Action_Film)?oldid=16028"
Community content is available under CC-BY-SA unless otherwise noted.