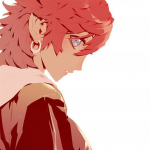 Hi, welcome to Rurouni Kenshin Wiki! Thanks for your edit to the Kamiya Kaoru page.

Indeed, we do. Nice work. Right now I'm slowly working through the episodes though. Just make sure you check your spelling and grammar before publishing though. Learner556 (talk) 13:07, June 22, 2014 (UTC)

Nah bro, just want to be an admin cause I often make mistakes (like repeating images or creating pages that are already there), so I want to be able to delete my errors. Its probably best if you and the other user "Mask no Oni" get adminship too, cause you add a lot of good stuff. Plus CorbeauKarasu (the current admin) doesn't seem to be around much these days. Learner556 (talk) 13:23, June 26, 2014 (UTC)

Nice work man, once the episodes are all done, I'll work on the Acts. I don't know, some believe that Enishi just said that to get Kenshin angry, so that he would fight him seriously. Learner556 (talk) 15:47, July 1, 2014 (UTC)

Nah man, exams are finished. I just took a little break and began working on the Dragon Ball wiki, but I'll be back soon. Dragon Ball/DBZ and Rurouni Kenshin are my favourite shows of all time.

BTW man, you really need to check your spelling and grammar before posting something, otherwise it'll make it very difficult for some readers to understand what you're saying. Learner556 (talk) 16:25, July 11, 2014 (UTC)

Oh, yes CorbeauKarasu recently made that I believe and he said to use that template for the Episodes. As for the information, like the air date, Kanji and Romaji, I just got that from wikipedia. Learner556 (talk) 13:25, July 13, 2014 (UTC)

Sounds nice man, I can't wait to watch both of them. 100pxLearner556TalkContrib

Favourite animes would have to be DB/DBZ, Rurouni Kenshin and YuYu Hakusho, in that order. How about yours? 100pxLearner556TalkContrib

Haven't watched them man, but InuYasha was recommended to me, in the holidays I will probably watch it. 100pxLearner556TalkContrib

Thanks man, whenever I get sufficient freedom, I'll work on them. 100pxLearner556TalkContrib

Since this wiki's admin has been inactive for a while, I plan to adopt this wiki. Since you've been an active user here I would like to ask for your approval. Are you fine with it? Lelouch Di Britannia Talk Page  08:28, March 18, 2015 (UTC)

Retrieved from "https://kenshin.fandom.com/wiki/User_talk:JINIERULES?oldid=12472"
Community content is available under CC-BY-SA unless otherwise noted.